A Guide to Addiction and Recovery for Blue-Collar Americans

Some blue-collar jobs have high rates of alcohol and drug abuse. Workers in these types of jobs are at risk of being injured and developing dependence on pain medications.

An addiction can lead to accidents, termination, and health problems.Employers have recently become more aware of substance abuse on the job and have developed strategies, such as drug-free workplace policies and employee assistance programs, to prevent drug abuse and get help for those who need it.

Which Industries Have High Rates of Substance Abuse?

Some industries tend to have higher rates of substance use than others. A report from the Substance Abuse and Mental Health Services Administration (SAMHSA) used survey data to rank industries according to their drug and alcohol use.
The SAMHSA reports suggests that the following industries have the highest rates of alcohol and drug abuse:1 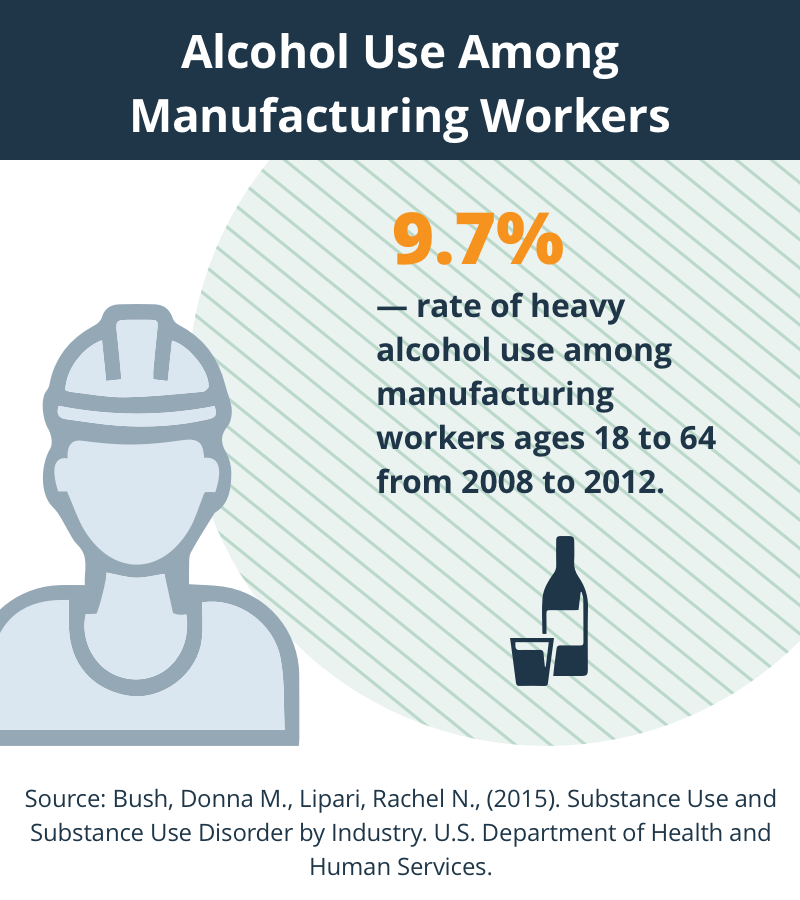 What Kind of Drugs Do They Abuse? 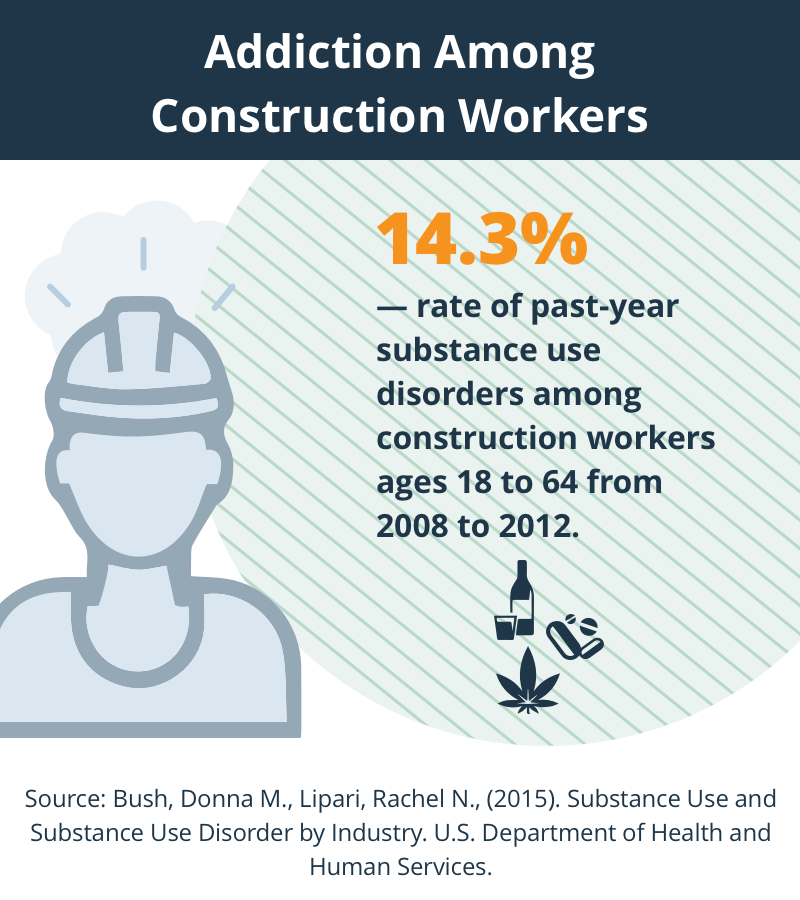 Some drugs are more common among certain groups of people, including specific types of blue-collar workers. These preferences likely reflect a combination of features, such as regional accessibility of the drug, affordability when considering different worker salaries, and current popularity among specific demographics. Below is a list of drugs that are commonly abused by people in blue-collar occupations:

Why Do These Workers Turn to Drugs or Alcohol?

What Are the Effects of Substance Abuse on Blue-Collar Workers and Their Employers?

A blue-collar employee’s addiction can affect the worker as well as the rest of the company. Co-workers may have to fill in for a co-worker or take on some of their workload, and their safety may be put at risk by a worker who is under the influence. In addition, the company can lose money in lost productivity and health costs.22 It is estimated that the workplace costs of alcoholism and alcohol abuse range from $33 billion to $68 billion per year.13 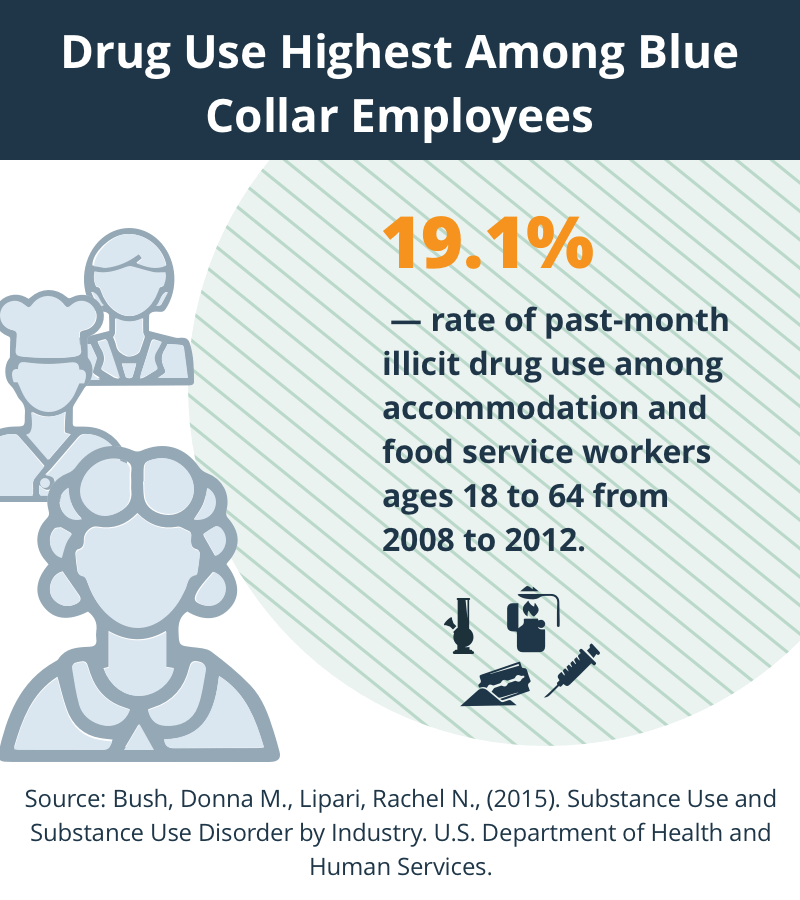 Below are some of the effects of an addiction on a worker and their company.

What Are the Signs That Someone May Be Abusing Drugs or Alcohol?

Although drug abuse affects every person differently, you can look for common signs and symptoms. The user may act differently than they used to, may miss more days or show up late, or have a hard time completing work.

Common signs you may notice are:16,22

What Treatment Options Are Available for These People?

Drug abuse must be treated in order for the user to fully recover. Treatment is dependent on how long the use occurred, how severe it was, whether the person has any mental health or medical problems, and what type of substance was used. Treatment is offered in several different settings.

Many workplaces provide benefits to employees who have substance abuse issues. One of these benefits is an employee assistance program, or EAP. An EAP is a voluntary, confidential program to assist with life challenges that may impact job performance, health, and well-being. EAP services may include assessments, counseling, and referrals for additional services, including substance abuse treatment.17

Some common types of treatment programs and other recovery resources are listed below:

Many insurance plans will cover substance abuse treatment. However, check with your carrier before beginning rehab. If your insurance does not cover the treatment you need, you can ask the facility about sliding-scale programs based on income, payment plans, or financing options.

What Are Some Ways to Deal With Substance Abuse in These Industries?

Workplace drug use is a growing issue in the U.S. Both federal and state governments offer programs that assist the employer with keeping their workforce safe both on and off the clock. Employees not only need treatment options, but also education and prevention programs. Below is a brief list of some of the programs that may be offered by employers: