How to Stop Binge Drinking

The National Institute on Alcohol Abuse and Alcoholism (NIAAA) identifies binge drinking to be when a person’s blood alcohol content (BAC) reaches .08, which is roughly 5 drinks for men and 4 drinks for women in a 2-hour span of time. 2

This more specific definition accounts for the fact that men and women often metabolize alcohol at different rates because of their different body types.

Binge drinking involves consuming large amounts of alcohol in a relatively short period of time. This pattern of drinking behavior can have harmful effects on a person’s physical and mental health and, over time, may contribute to the development of an alcohol use disorder. Learn more about binge drinking, including:

Symptoms of an alcohol use disorder may include at least 2 of the following: 3 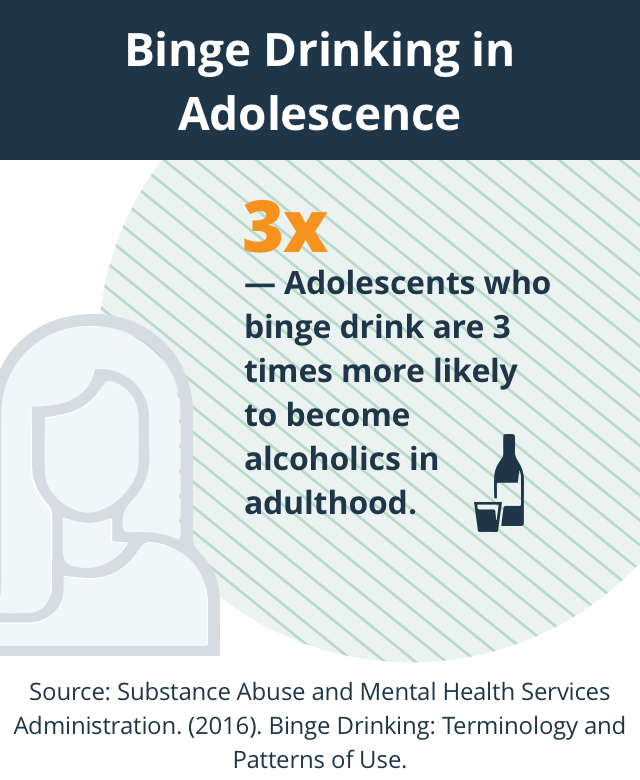 Signs and Symptoms of Binge Drinking

Signs include drinking more than intended and feeling unable to stop drinking
The signs and symptoms of binge drinking may vary from person to person. Unlike other patterns of alcohol abuse, binge drinking may not be frequent or consistent. However, consuming large amounts of alcohol in a short span of time can still have negative short-and long-term effects on health and functioning.

Effects and Dangers of Binge Drinking

Episodes of binge drinking can be as detrimental to a person’s health and well-being as consistent, heavy alcohol use. Binge drinking can lead to a number of social and economic consequences as well.

Binge drinking can have serious, negative effects on the brain and body, including: 4, 5

Binge drinking can also significantly impair a person’s judgment, putting him or her at higher risk of the following problems: 1, 4, 5

Long-Term Effects of Alcohol Use

Long-term use of alcohol can have severe consequences on the brain and body, including: 6

Another significant long-term effect of binge drinking is the risk of developing an addiction to alcohol. The younger a person is when they start to binge drink, the higher the risk of continuing to have drinking problems in the future and developing dependence on alcohol. 1

How To Quit Binge Drinking

People binge drink for various reasons. Different strategies will work for different people when it comes to beating alcoholism or quitting binge drinking.

If you or someone you care about wants to quit binge drinking, you might consider one or more of the following ways to stop binge drinking :

American Addiction Centers maintains a strong partnership with a large group of insurance companies at our addiction treatment facilities. Start the journey to recovery and find out instantly if your insurance provider may be able to cover all or part of the cost of rehab and associated therapies.

Why Is It So Hard to Stop Drinking?

There are a number of factors that make it hard for people to stop drinking. 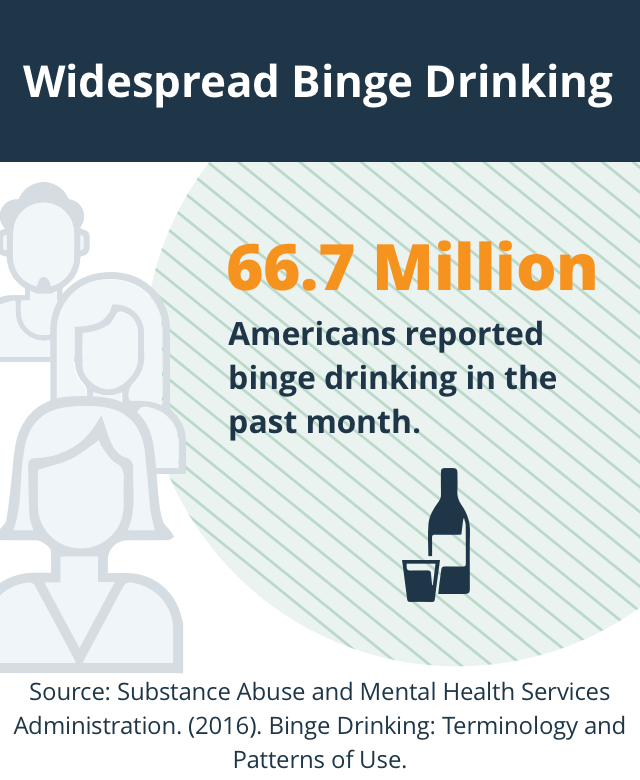 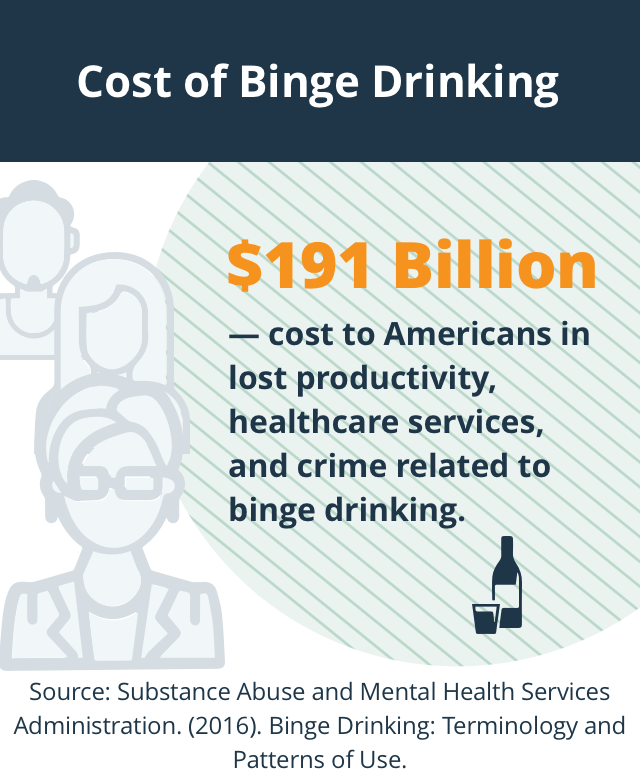