Lauren is a Web Content Writer at Recovery Brands. Before joining the company, she served as the Program Director for a community-based HIV/AIDS and cancer non-profit in San Francisco.

Lauren holds a B.A. in Creative Writing from Johns Hopkins University and a Master’s in Public Health from the University of California, Berkeley.

Many people face substance abuse issues while battling a mental or cognitive disorder. Approximately 8.9 million people in the United States have co-occurring disorders; and only about 7% of these people seek treatment for both conditions. If you or someone you know has a co-occurring disorder, integrated treatment or treatment that addresses mental and substance use conditions at the same time can help various aspects of their life improve. Examples of positive outcomes from treatment include: 1

Furthermore, outcomes from highly effective treatment for co-occurring substance use and mental disorders are as follows: 2

Cognitive disorders can make it difficult for a person to interact with others, and in some cases, the deterioration of the mind can be troublesome enough to lead a person to drinking or substance abuse. Rehab and recovery treatment centers for cognitive disorders and substance abuse aim to address this problem, but there are many layers to consider. A substance addiction can worsen a mental health disorder because individuals with mental health disorders are more biologically sensitive to the effects of psychoactive drugs.3

Medications used for treatments might cause addiction or dependency, and difficulties with work or emotional situations can ultimately lead to drinking or taking more drugs than normal to reduce stress. However one of the great strengths of the different types of addiction treatment programs available today is the ability of its professionals to ensure that such risks are greatly reduced in an integrated setting with great teamwork. 4

Unfortunately, drugs and alcohol can make these cognitive disorders worse, and in many cases they will only make the symptoms more prominent while adding side effects that are dangerous. 5 Additionally, taking prescribed medications unnecessarily or in combination with illicit drugs or alcohol may lead to serious consequences.

Call our 24-hour helpline at for information on a rehabilitation center for cognitive disorders and substance abuse near you. Our helpful team will work to help you find the substance abuse center that will be able to help you or a loved one with a dual-diagnosis condition get the immediate medical care needed.

“Additionally, taking prescribed medications unnecessarily or in combination with illicit drugs or alcohol may lead to serious consequences.”Intellectual disability is also known as general learning disability. This disorder appears before a person becomes an adult, and historically requires an intelligence quotient (IQ) of under 70. Individuals who become frustrated with their situations may be prone to alcohol or drug abuse, as they are less likely to know or understand the damaging effects.6

Amnestic Disorder and Substance Use

Huntington’s disease is a neurodegenerative genetic disorder. This disorder leads to the decline of cognitive functionality and may cause psychiatric problems. The disease is caused by an autosomal dominant mutation. Depression and anxiety, as well as a reduced display of emotions and compulsive behavior, may result in addictions. Common addictions that result are alcoholism, hypersexuality and gambling.

Delirium is diagnosed when a person presents with severe confusion and disorientation. Delirium has a rapid onset and may have varying degrees of intensity. Delirium can be caused by infection, drug effects, hallucinogens, and other causes, such as bipolar disorder or schizophrenia.

This type of dementia is caused by a lack of blood supply and oxygen to the brain. This may be caused by a number of small strokes. The brain may also develop vascular lesions.

Getting Help for Substance Abuse Related to Cognitive Issues 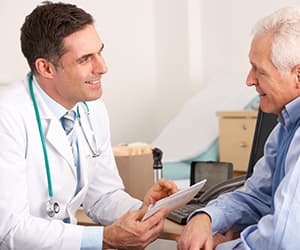 At a rehabilitation center for dual diagnoses, individuals with these conditions will be treated with an integrated program which includes therapy, counseling, and medication as needed. Inpatient therapy may be recommended and you will want to look for a program that focuses on treatment of co-occurring disorders along with specific needs.7 8 9

For information on a treatment center that addresses cognitive disorders alongside substance abuse issues, contact us at .