Singing the national anthem at the NFL Championship game is considered a great honor, even if it can be rather unforgiving in terms of criticism. This year the honor was given to Demi Lovato, singer, pop-culture icon, mental health activist, and, perhaps most notably, a person in recovery for substance abuse.

Of Singing and Substance Abuse

It appears as though the media and the public have had a positive reaction to Lovato’s singing of the national anthem. Her release of a new single, “Anyone,” a few weeks earlier have marked a sort of career revival for Lovato. This is significant, considering that the musician was considering leaving her music career behind after a near-fatal overdose two years ago. 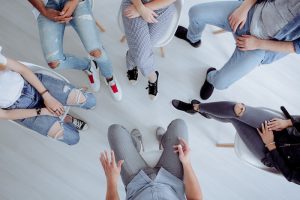 Before the overdose, Lovato had been in recovery for nearly six years. In various interviews, she admitted to abusing alcohol and cocaine, mentioning that she frequently smuggled it onto planes and into other venues. Lovato’s addiction problem became so bad that it began to affect her career and her ability to perform. Regardless, the singer’s return to the public scene provides a stark lesson regarding the nature of recovery. Relapses may be devastating, but they are not always absolute. One can come back from a relapse and still live and flourish in recovery.

A History of Substance Abuse

From the start of her career, Demi Lovato struggled with mental health challenges. She ultimately found herself in an inpatient rehab facility. Following her treatment, Lovato maintained sobriety and went on to hit several career highs. While in recovery, Lovato released some of her top-selling albums, built a loyal and energetic fanbase, and became involved with mental health activism, even going on to speak about the topic at the 2016 Democratic National Convention.

In July of 2018, Lovato suffered an overdose from oxycodone laced with fentanyl. She was rushed to a hospital and revived with naloxone. The overdose occurred after six years of sobriety for Lovato. Following the overdose, Lovato thanked her fans for her support, but went on an extended hiatus. Her performance at the NFL Championship game marks her return to her music career, and is a testament to the process of recovery.

Demi Lovato is an example of how living in recovery can be empowering. Despite various mental health and substance abuse challenges, and a near-fatal relapse, Lovato has chosen to reclaim her career and her life in recovery. While her continuing involvement in mental health activism remains unconfirmed, Lovato’s story provides an honest snapshot of the recovery process. 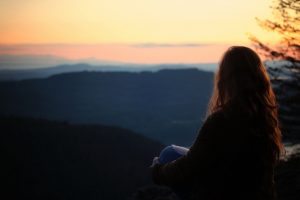 Yet, Lovato is but one example of a person making their way in recovery. Everyday people face the specter of relapse, the niggling little temptations to break sobriety. It’s important to remember that recovery is a journey. Sometimes the journey gets tough. But the will to keep going, regardless of the challenges, is the key to finding peace and freedom from addiction.