Choosing to get treatment and break the cycle of alcohol or drug addiction is one of the most important decisions you can make, but knowing where to begin may feel difficult. A variety of types of treatment programs is available. There are several options for drug and alcohol addiction treatment in Ohio including detox centers, inpatient 28- or 30-day, 60-day or 90-day rehabs or outpatient facilities.

Browsing reviews for rehab programs may help you in making the important decision to get treatment. Check out the reviews below to learn more about amenities, services, cost, location and staff at Ohio rehab facilities.

Know before you go...

Most of the rehab centers in Ohio accept insurance, check whether your insurance covers rehab treatment.

Check Your Insurance
Get Text Support 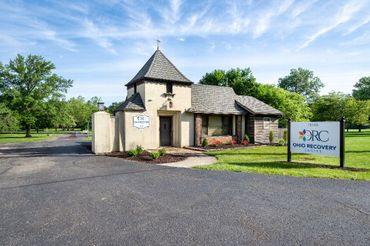 More Info About Rehab in Ohio

Ohio has one of the highest rates of drug overdose in the country. In 2015, it was in the top 5 states for drug overdose deaths.7 Recently, these deaths have been driven more by drugs such as fentanyl and carfentanil and less by prescription opioids. In fact, carfentanil was involved in 340 overdose deaths in 2016 while prescription opioid-related deaths declined by 15.4% from 2015 to 2016.4  Alcohol abuse is also a problem in the state.

Fortunately, Ohio is home to many public resources and treatment options for those struggling and in need of care. More people in the state seek treatment than the national average, but rates of improved functioning following treatment lag behind national rates.

Addiction by the Numbers

Get treatment information via SMS today.

There is no obligation to enter treatment and you can opt out at any time.