Lauren Brande has dedicated her life to psychological research.

She started off her career with a scholarship from the Western Psychological Association for her undergraduate work in perceptual processing. In 2014, she achieved her master of arts in psychology from Boston University, harnessing a particular interest in the effects that drugs and trauma have on the functioning brain.

She believes that all research should be accessible and digestible, and her passion fuels her desire to share important scientific findings to improve rehabilitation.

How to Find the Best Residential Ritalin Recovery Center

Getting Treatment for Ritalin Addiction

Ritalin can help a person with ADHD maintain better focus and a person with narcolepsy stay awake. Non-medical use, however, comes with a number of risks. If you have a Ritalin addiction, seek treatment at a recovery center.

Before choosing a rehab program, there are a couple things to consider.

It can also help to learn more about the treatment process for Ritalin addiction before you enter a program so you know what to expect.


Discussions about addiction to prescription drugs tend to revolve around opioids or painkillers. Many people don’t realize that prescription stimulants like Ritalin can also be addictive, and they often don’t know where to turn to find Ritalin recovery programs once they discover they have a problem. Since Ritalin is a legal prescription drug that is often administered to children and young adults, many individuals may also be worried about whether they are using the drug appropriately or abusing it.

Like cocaine, Ritalin increases dopamine levels in a person’s brain, boosting productivity and alertness when properly controlled.Cocaine is generally taken in higher doses and in a way that provides the fastest delivery, which means the drug creates a flood of dopamine in the brain within a few minutes. This is what causes the feeling of being high and makes cocaine both addictive and very dangerous.

Some users will even crush up the Ritalin pills and either snort the powder or combine it with water and inject the drug to get an immediate high. These uses can place the user at increased risk of developing substance abuse and dependency.4 Abusing Ritalin by taking quantities greater than the prescribed amount or breaking it up in order to snort it changes the way the medication interacts with the body. In these cases, Ritalin delivers a cocaine-like impact and can become addictive.

When taken as prescribed, Ritalin should not have the same impact and should not be addictive. Oral Ritalin dosages are designed to release dopamine at a slower rate, reducing the effect on the brain.

Signs and Symptoms of Ritalin Addiction

The Drug Enforcement Administration has classified Ritalin as a Schedule II substance, meaning it is officially recognized as having a high potential for abuse. 5

Ritalin is a stimulant medication that is prescribed to treat attention deficit hyperactivity disorder (ADHD) and narcolepsy (a sleep disorder).3 Its active ingredient is called methylphenidate, which is a central nervous system stimulant that changes the levels of certain chemicals in the brain–mainly the neurotransmitter dopamine.

People use Ritalin non-medically for its stimulant effects.

Prescription drug abuse is a widespread problem. In 2009, more Americans reported nonmedical prescription pill use than cocaine, hallucinogens, heroin and inhalants combined. 1 Among the abused prescription drugs, Ritalin has been reported to be the most common stimulant to be taken non-medically. 2

How Much Does Treatment Cost?

The cost of Ritalin addiction treatment will vary depending on the type of program, length of treatment, location and insurance coverage.

Using Insurance to Pay for Treatment

Private insurance coverage varies widely. But the Affordable Care Act ensures that plans must cover substance abuse treatment to the same extent that they cover other medical health issues.

Call to find out about your plan’s particular coverage for paying for substance abuse treatment.

Paying for Ritalin Rehab Without Insurance

If you do not have insurance, you still have options to make treatment affordable:

What Types of Prescription Drug Abuse Treatment Are Available? 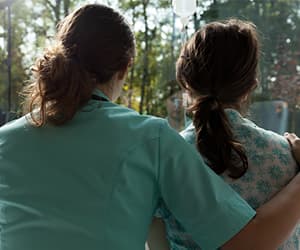 Each person has different reasons they became addicted and requires different approaches to treatment. The amount of time a person spends in treatment is affected by these individual factors.

Inpatient treatment entails a stay at a recovery center for an extended period of time. The facility provides around-the-clock care and a sober living environment to give you an escape from the life that led to your abuse.

The type of care you receive at an inpatient facility will vary by the type of program.

Outpatient treatment allows you to continue to live and work on recovery from home. Some people have home responsibilities that they cannot take time away from. Outpatient drug rehabilitation gives these people a recovery option that works with their needs.

Inpatient Ritalin recovery may be better if you are suffering from a long-standing addiction or have relapsed before. Outpatient Ritalin rehabilitation can provide quality care for less severe cases.

With both types of treatment, aftercare is a vital aspect of recovery. Aftercare involves continued therapy and other support groups such as 12-step programs.

The Matrix Model is a 16 week, outpatient treatment program designed specifically for the treatment of stimulant addiction and promotes self-worth and dignity, while providing the patient with support, encouragement, education, and the skills needed to make a positive behavior change. If you’re addicted to Ritalin, this model is recommended to maximize recovery and decrease the risk of relapse. It includes:

12-step programs such as Alcoholics Anonymous and Narcotics Anonymous are free treatment support programs that follow a set of 12 pre-determined steps to recovery. They focus on making amends with yourself, friends and family and a higher power-however you choose to define that higher power.

Some people suffer from both Ritalin addiction and mental or physical health issues. This is known as dual diagnosis, or co-occurring disorders, and it often requires special treatment approaches. Extreme Ritalin abuse has even been associated with an earlier onset of psychosis in at-risk people,12 as well as heart problems, including heart attacks, increased blood pressure and heart rate, and strokes. 3, 13

What Does Treatment Include?

When a person enters a Ritalin rehab facility, they are choosing to improve their life. Knowing what to expect can help make the experience easier. The general treatment course involves some core aspects that can get expanded upon to individualize a person’s plan.

The core principles of Ritalin treatment include:

Upon entering the program, you will meet with a professional to discuss your treatment plan.

Intake will include answering questions such as:

Ritalin detox involves getting all traces of the drug out of your body. Detox should be professionally monitored, as Ritalin withdrawal can cause serious depression and other worsening symptoms.3 You may be prescribed medications to ease Ritalin withdrawal symptoms (antidepressants, anti-anxiety drugs, sleep aids) or a replacement ADHD/narcolepsy medication, such as Adderall.

Group and individual therapy will help you learn how to cope with cravings and prevent relapse. With Ritalin, therapy focuses on why you began abusing the drug and how to address these root problems. Effective treatment will take extra time to address the various mental health problems associated with Ritalin abuse and withdrawal (depression, anxiety, mood changes, aggression, and potential hallucinations).

Continued care is a vital part of maintaining abstinence when you return to normal day-to-day living.

Some types of aftercare include sustained therapy and counseling to deal with cravings and work on relapse prevention skills, 12-step programs and other community support groups, and sober living arrangements where you live in a community of recovering sober peers

What Other Factors Should You Look for in a Rehab Program?


Are There Treatment Programs for Teens? Prescription stimulants are getting increasingly abused, especially among the adolescent population. In fact, methylphenidate (Ritalin) is the prescription stimulant with the highest prevalence of recreational use among teens. 14 Rates of non-medical Ritalin use among college students have been reported to be as high as 16%. 15

Ritalin abuse among teens and college students is especially risky because it can cause chemical alterations in the developing brain, with changes that may last into adulthood. 16, 17 In addition, methylphenidate may be related to changes to a person’s actual genetics, 18, 19 though this evidence is not conclusive.

A Ritalin-abusing teen should get professional treatment as soon as possible. Many teens find it more comfortable to go through the recovery process among their peers. Teen-specific treatment programs exist all around the country, and adolescent treatment involves similar program types as adult Ritalin abuse treatment.

Differences Between Teen and Adult Programs

Adolescent programs will also address teen-specific issues, such as:

It is important that a teen recovery program involve the family in treatment, as home life plays a major role in an adolescent’s life. It is also important that the program is able to address a potential dual diagnosis, as many teens suffer from mental health problems during these turbulent and significant years.

Ritalin abuse brings a whole set of risks and potential damage, both to a person’s physical health as well as their mental health. If you are concerned about the Ritalin use of yourself or a loved one, call now to speak with one of our recovery specialists about getting into a drug abuse rehabilitation program right away.