Are You Addicted to the Monkey Mind?

Anyone who knows me knows how much I love to read, especially if it’s a book about recovery. And if it’s a book that offers an alternative perspective to traditional pathways of recovery, then I’m all ears. Cue Jean-Francois Benoist (JF), a counselor who has been helping people struggling with addiction, mental health, and relationship issues for over 20 years.

As a fellow progressive thinker, JF was keen for me to read his recently published book, Addicted to the Monkey Mind. With a title like that, I was curious to learn more.

What does the Monkey Mind have to do with Recovery?

As much as I love reading, I’m a busy freelance writer with little time and energy to read, especially when I’ve been arranging words on my computer all day! But that wasn’t the case here—as soon as I picked up this book, I couldn’t put it down.

The book was simple in construct and leaned on the well-known teachings of mindfulness. JF powerfully used storytelling to weave his message throughout the book. The compelling narrative of two main characters entices you to read more about their journey of healing. The book beautifully delves into the core issues we deal with in recovery: addiction, codependency, low self-worth, and familial and relationship dysfunction. 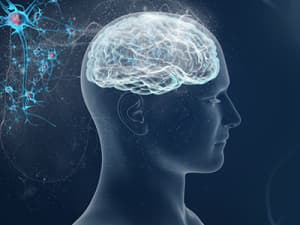 I found myself identifying with almost all aspects of each person’s story in the book, from being scolded as a child to holding people hostage in relationships. I was able to see these patterns more clearly and just how common they were in other people’s lives. Reading the book also served as a reminder of just how much work I’ve put into my recovery, and my emotional growth.

This book was truly a delight to read. Eager for others to learn more about the book and author, I interviewed JF for Recovery.org.

JF: Why don’t I use an example to illustrate this. Say John meant to email a contract to “client Amy” but ended up sending it to “competitor Amy” instead, exposing sensitive details about his company. When John sees his boss, he feels his body tense up—he becomes hot and uncomfortable. However, unbeknownst to John, he’s not actually responding to his boss in this moment. He’s responding to his programming. This programming formed from all the times his mother said, “You did what? I raised you better than that!” or when his teacher said, “Come on, you should know this.” After years of hearing these messages, John formed the core belief: If I’m not perfect, there’s something wrong with me. This core belief created the basis for John’s negative mindset, his monkey mind, which consistently reprimands him when he’s less than perfect.

Liv: In what ways does the monkey mind influence a person with substance use disorder?

JF: A person struggling with substance use is under the monkey mind’s spell to such an extreme that they’re consumed by its negative voice. They’re in a state of anxiety most of the time because this mindset is telling them that there’s something fundamentally wrong with them. This is something I see every day at the treatment center I run. People use drugs because they’re trying to relieve themselves from this anxiety—they don’t know any other way to get rid of that voice. That’s why I titled the book, Addicted to the Monkey Mind—because the real addiction isn’t to the substance; the addiction is to this negative way of thinking. Substance use is a coping mechanism to treat the anxiety caused by the monkey mind.

Let’s look at the example again of John sending the wrong email. Soon after John explains the email debacle to his boss, she walks into his office. John becomes very nervous. But then his boss doesn’t bring up the mistake. Instead, she offers John the promotion he’s been wanting for months. While he should be overjoyed, John’s monkey mind can’t help but think that his boss shouldn’t have promoted him. That evening after work, John heads straight to a bar and gets drunk. He’s filled with anxiety because he was always told that the way to get a promotion was to be perfect. Yet this belief was just disproved by his boss’s actions. John is not aware that what’s leading him to drink is the underlying feeling that he’s been taught to believe a lie all of his life.

Liv:  Your counter to the monkey mind is the observing mind. Can you explain a little more about your alternative mindset? In what ways would a person be set free?

JF: One of the keys to changing one’s mindset is to walk through an experience that’s given you anxiety in the past, but this time, create a different outcome. For John, instead of silently chastising himself and going to the bar, he would instead address his anxiety by having a conversation with his boss. Imagine John saying, “Hey Lisa, I really appreciate this promotion. But I’m curious—I just made a pretty major mistake. Didn’t that affect your decision?” 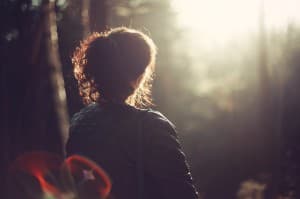 This is a pivotal moment where John is questioning his own programming. The real question he’s asking is: “Is it really true that if I’m not perfect, there’s something wrong with me?” This is not about seeking approval from others. It’s about seeing yourself objectively without being clouded by your monkey mind’s judgements. The book illustrates many different ways of how you can reprogram your way of thinking to be more aligned with the observing mind.

Liv: As a society, how might we better approach one another to avoid the cycle of the monkey mind?

JF: The monkey mind thrives on two patterns: shame and isolation. One of the most healing things we can do is to be in community in authentic ways. To do that, we must fully embrace the idea that emotionally we’re all the same.

One of the ways to shift out of the monkey mind’s way of thinking is to share your experiences and feelings with those close to you. So after John’s meeting with his boss, he’d tell his wife about the promotion and also about his mistake and how he felt like he didn’t deserve the new position. John sharing his feelings authentically gives him another confirmation that he doesn’t need to be perfect in order to be loved and accepted. This gives John an additional opportunity to question the validity of the monkey mind’s story.

JF: I want to bring awareness to how we often lack consciousness about ourselves. Most of us spend years learning skills to be successful in a career, but few of us give that time or energy to shaping a healthy mindset. Thinking in a healthy way is the same as any other skill—you have to practice it. This book was written for that purpose. It’s written to demonstrate how relatable characters apply the skills of the observing mind to issues we all go through in our lives. My hope is that readers will be able to embrace these methods, so the monkey mind is no longer in control.

J.F. Benoist would like to offer a free physical copy of Addicted to the Monkey Mind to anyone who thinks they could benefit from its teachings. For a limited time, please go to https://www.jfbenoist.com/free-book-offer/ [jfbenoist.com] to request your book. The code to enter is 5007.

To learn more about J.F. and the holistic treatment center he runs, please visit TheExclusiveHawaii.com.