A How to Guide for Avoiding Alcohol Poisoning

It’s a sad fact that people engage in a dangerous drinking patterns, often without realizing the many serious consequences. This drinking pattern affects one’s breathing, heart rate, body temperature and gag reflex. Complications can lead to coma and death. It occurs when large amounts of alcohol are consumed over a short period, leading to a condition called alcohol poisoning.

What is alcohol poisoning?

As described by the Mayo Clinic, a person is said to have alcohol poisoning (sometimes referred to as alcohol overdose) if they have consumed a toxic amount of alcohol–an amount that overwhelms the body’s ability to process it and metabolize it, so that harmful consequences result.  Alcohol poisoning is especially dangerous because a person can consume a fatal dose before losing consciousness; their blood alcohol concentration may continue to rise even after they have passed out.

About 2,200 alcohol poisoning deaths occur each year, and a major cause is binge drinking, which is defined as a pattern of heavy drinking when a male rapidly consumes five or more alcoholic drinks within two hours, or a female rapidly consumes at least four drinks within two hours. One standard drink refers to an alcoholic beverage that contains approximately 14 grams of pure alcohol. Each of these equal one standard drink:

An alcohol binge can occur over hours or last up to several days. Binge drinking has often been linked to young adults and college students. But according to the National Institute on Alcohol and Abuse & Alcoholism, about three quarters of alcohol poisoning deaths take place among individuals between the ages 35 and 64; and in almost a third of these deaths, chronic alcoholism is identified as a leading factor. 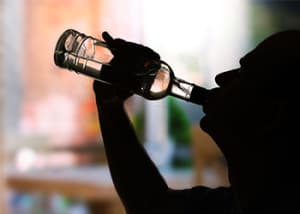 It takes approximately one hour for the body to metabolize (via the liver) 0.25 ounces of alcohol, and alcohol can be absorbed into the bloodstream in as little as 30 minutes after drinking.  So as a person drinks more, their blood alcohol content (BAC) level continues to climb. The BAC level keeps increasing for up to 40 minutes after the last drink is consumed.

A BAC of 0.08 percent or higher is the level that determines drunk driving. A BAC level between 0.10 to 0.12 percent will begin to impair one’s coordination and memory. Anything higher than that will bring on additional harmful side effects, such as blacking out, potentially choking on vomit, or experiencing sudden, extreme reduction in breathing.

The most common symptoms:

A number of factors can increase the risk of alcohol poisoning, including:

What to Do for a Person Suspected of Experiencing Alcohol Poisoning

A person with alcohol poisoning needs immediate medical attention. If you suspect someone has alcohol poisoning, call for emergency medical help right away. Don’t wait for all the critical signs to be present; provide help immediately.  Take the 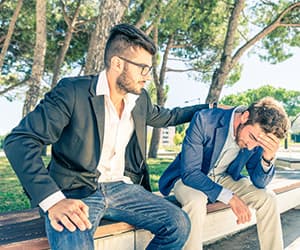 What Not to Do

Some people think that you can reverse the effects of alcohol poisoning by treating the symptoms in similar ways that you would treat a hangover. But this is not the case, and you could actually make things worse by taking some of these actions. These techniques don’t work:

An overdose related to alcohol consumption (alcohol poisoning) can be prevented. Adhere to the following suggestions to avoid this potentially fatal complication:

With common sense and moderation, the dangers of alcohol poisoning need never be a part of your life.