Joe Koelzer
Author
Joe Koelzer is a co-founder of The Clearing, a non 12 Step recovery program focused on addressing the underlying core issues which fuel substance abuse, depression, anxiety, and other challenges to our mental health. He has years of counseling experience and a master’s degree in Spiritual Psychology from the University of Santa Monica. After observing how depression and substance abuse impacted his wife’s life, Joe realized how broken our current system is for addiction and related mental health treatment. He witnessed firsthand how an evidence-based approach coupled with Spiritual Psychology saved Betsy and enabled her to gain control of her life. In co-founding The Clearing, Joe realizes his dream of creating and sharing this innovative approach with others in a structured clinical setting.
Helpful Reading
1
Detoxing
2
About Inpatient
3
28- and 30-Day Programs
4
90 Day Programs
5
Paying For Treatment

Do Limiting Beliefs Lead to Addiction?

Isn’t it amazing how easy it is to see other people’s limiting beliefs? Put another way, how often have you been frustrated by loved ones stuck in self-imposed limitations?

Perhaps you can see a friend’s potential so clearly, and it drives you crazy that she keeps getting in her own way. But then one day you realize: Wait a minute, I do the same thing. I tell myself that this will be the last drink, the last pill, and I know it’s a lie. I don’t get help, even though I need it. Why do I do this?

Why do smart people struggle with addiction? There are many answers to that question, but one of them is that limiting beliefs keep them bound. As Schopenhauer observed, “Every person takes the limits of their own field of vision for the limits of the world.”

The good news is, when you let go of your limiting beliefs, you expand your sense of possibility and jump-start your recovery too. This post will empower you to recognize and forgive the limiting beliefs that underlie your addiction.

Where Do Limiting Beliefs Come From?

Limiting beliefs are ideas that we acquire based on incorrect conclusions about the nature of reality. Often, they include words such as “always” and “never.” They tend to be generalizations about what we can and cannot do.

Examples of limiting beliefs include:

These beliefs arise from many different sources, including family, peers, culture, and society as a whole. We adapt most of our subconscious and strongly-held limiting beliefs fairly early in life. 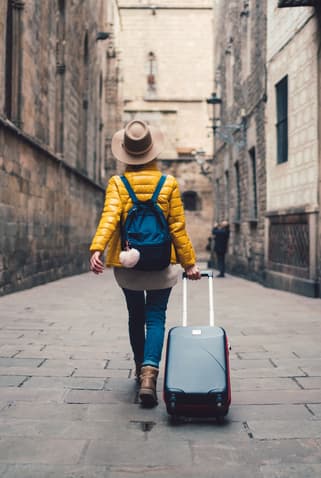 To understand why this is the case, let’s look at the way the human mind develops. For the first seven years of our lives, our brain waves are primarily delta and theta waves. These wave states are linked with subconscious activity (as opposed to alpha and beta, which are linked with conscious thought processing). When we’re very young, our brain waves are more in keeping with hypnosis than with rational adult thought. This has implications for the rest of our lives.

Dr. Bruce Lipton, retired professor, researcher, and bestselling author of The Biology of Belief, refers to our first seven years of life as “recording” time. He says that we build our subconscious programming by observing key figures in our lives and making sense of how the world works based on those observations.

Dr. Lipton notes that our first seven years of life is the time when we learn how to answer this crucial question: “What are the rules and how do you behave?

Which Limiting Beliefs Link Up With Addiction?

Though any limiting belief has the power to keep you feeling frustrated and trapped, the most powerfully confining ones are shame-based. Limiting beliefs involving shame undermine our sense of innate worthiness and value. If we received and internalized these messages at a young age, they hold us back until we heal them.

Research tells us that a high level of shame is one of the primary precursors for substance abuse and addiction. As Dr. Brene Brown notes, “Shame [is] highly correlated with addiction, depression, eating disorders, violence, bullying and aggression. Guilt? Inversely correlated with those.”

We know that shame and addiction are highly correlated; if we’re able to let go of our shame and our belief in our own unworthiness, we’re empowered to recover from addiction as well.

How to Let Go of Limiting Beliefs

If limiting, shame-based beliefs are plaguing your life and contributing to your addiction, it’s time to manage your mind.

Here’s how to begin. First, identify your limiting beliefs. Look for: 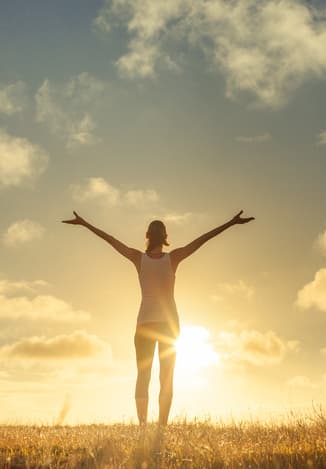 Next, forgive yourself for holding the limiting belief. It’s very important to do this work in a space of kindness, so before you fill in the blanks, get grounded and peaceful. Tap into the gentleness you’d feel for a newborn baby, or a beloved pet.

Once you’ve connected to that compassion within yourself, here’s a helpful framework for self-forgiveness:

In the second blank, fill in what unconditional love would say.

Finally, practice that new belief you’ve chosen for yourself. Work with it as a positive affirmation; repeat it to yourself, particularly just after you wake up in the morning and just before you go to sleep at night.

This helps you to reprogram your brain by allowing you to access those delta and theta brain states. You can make a recording of yourself reading your affirmations and play it as you fall asleep at night; this is a powerful way to create new subconscious programming.

Who could you be without your limiting beliefs? What might you do when you’re free from the familiar bonds of shame and self-loathing? It’s time to find out.

As Louise Hay notes, “If you accept a limiting belief, then it will become a truth for you.”

And by contrast, if you forgive yourself for your limiting beliefs and rewrite them, you’re free to find a new, more expansive truth.