When struggling with drug or alcohol abuse, it is easy to neglect one’s health and to allow daily health routines, such as exercise, to fall by the wayside. Such neglect can result in diminished physical and emotional well-being. Once in recovery, it is important to restore healthy routines that foster both physical and psychological healing.  Studies show that exercise can be a positive factor in healing addiction and preventing relapse. A meta-study published by the National Institutes of Health in 2014 generalized previous studies by concluding that, “moderate and high-intensity aerobic exercises, designed according to the Guidelines of American College of Sports Medicine, and mind-body exercises, can be an effective and persistent treatment for those with Substance Use Disorder.”

When considering starting (or re-starting) an exercise routine, however, it is important to consider any health issues you may have that limit your capacity to exert yourself, and to take it slow during the first few weeks of sobriety. Detoxification from substance use is hard on one’s body, so be sure to talk to your doctor and plan a routine that is both safe and effective for your goals.

Exercise has numerous benefits for both mind and body. Regular exercise can:

Reasons to Exercise During Recovery

In addition to the general benefits of regular exercise listed above, exercising during recovery offers specific benefits related to the recovery process itself: 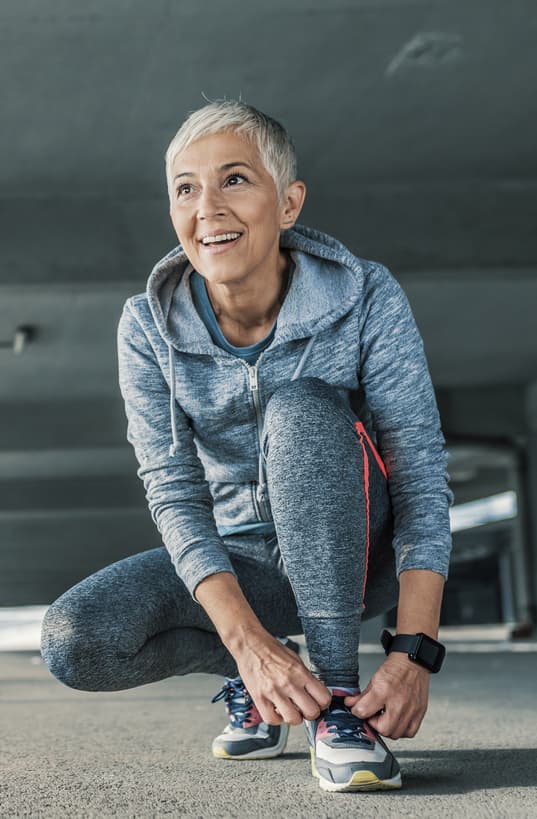 How Exercise Affects the Brain

Many of the positive effects of exercise are related to brain chemistry. Studies show that exercise can reduce symptoms of depression and anxiety.  Endorphins trigger chemicals that produce a feeling similar to the euphoria often sought after through drug use. The term “runner’s high” describes this feeling. Furthermore, a brain chemical called galanin, which is produced during exercise, has been shown to diminish certain stress-related cravings. In this way, exercise can be helpful in reducing the risk of relapse by limiting cravings for drugs or alcohol.

Still, Timing is Everything….

To understand just how complicated the process of exercise’s effect on addiction really is, one need only take note of a 2012 study, conducted by researchers at the Beckman Institute for Advanced Science and Technology at the University of Illinois. This study concluded that a major factor in the success – or failure – of exercise in providing a positive deterrent to drug use may actually depend on when an exercise regime is initiated.

In the study, it was found that the hippocampus area in the brains of mice who exercised contained about twice as many new brain cells as mice that were sedentary. The hippocampus is a portion of the brain critical for associative learning, or the ability to associate a new thought with its context (in this case, when and where the mice received the drug cocaine). So researchers concluded that the mice that had been introduced to a running regime before they were introduced to cocaine had a plentiful supply of new brain cells primed to learn. And what these mice learned was to crave cocaine. On the other hand, the mice that had started running after becoming addicted learned more rapidly to stop associating cocaine with their environment, and to more easily adjust to sobriety.

Of course, results of this study with mice does not necessarily transfer to behaviors of people, but it does give researchers clues for areas to explore in the future.

Best Types of Exercise During Recovery

According to the National Institutes of Health, moderate and high-intensity aerobic exercise, as described in guidelines of the American College of Sports Medicine (ACSM), is recommended during recovery. The ACSM guidelines for aerobic activity include:

Tips for Exercising During Recovery