So, to recap Part One, we discussed our history as women as it relates to our relationship with men and how up until the middle to late 20th century we didn’t have laws to protect us from abuses. Women, along with children, were property of men. Men could abuse us with no consequences. We also discussed codependency and what it means as it relates to our discussion here.  We are going to stick with our understanding of codependency as a system of distortions that exists on a continuum. Codependents learn personality traits that interfere with knowing one’s self and others. The people pleasing aspect of codependency might drive the ignoring of who we are trying to please.

The focus of wanting others approval may keep us from acknowledging there might be abusive behavior coming from the person whose approval we want. The need for harmony might prevent us from realizing we may be enabling abusive behavior. Or any combination of the above. We don’t have the tools to deal with abusive behavior, so this also drives us to avoid bringing it to consciousness. And we probably have a history of being abused or exploited so it feels familiar. We add these traits to our history of being property which taught us to be compliant, obey, no rights, no voice, serve, be the extension of the man and we are completely groomed and ready for sexual abuse.

Consequences of These Two Paradigms!

How do we live once we are away from the abuse? The above coping skills for life are certainly not going to help us live a life of self-respect and dignity.

When I get upset about the state of the world, the amount of injustices we are seeing, the extent of abuse, 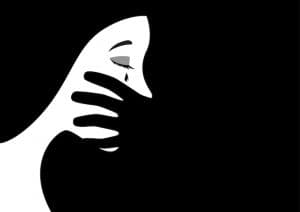 the bullying, people dying from addictions caused by greed, I go into my wave my magic wand world. I would like to have the power to:

I could go on and on, but let’s see what we can do to regain our dignity.

I think we can do part of one of my dreams. We can all learn to yell loudly “Stop” if someone starts to touch us inappropriately without our permission in a crowded situation. If someone sexually touches you in a store, on a plane, on the sidewalk, at a party, at work, or anywhere you might not want to cause a scene, cause the scene and take care of yourself. Use “Stop, what are you doing?” or “Hey, what was that?”. Our compliant self will try to deny it is happening and not want to make a scene. Don’t let your compliant self win!

We all need to train our bodies to react with a No Stop rather than shock and disbelief. So many women have said they just got quiet and were paralyzed rather than fight back. I know this only too well as I became paralyzed when someone stole my purse off my shoulder. I held on and was dragged for a bit across a snowy wet parking lot. This resulted in me having a very black eye. Fortunately, I had a friend standing there who could tell me what happened as I still have no memory of the incident. I chose amnesia and paralysis. We have years of “don’t rock the boat” which need to be changed to “Stop or No!”

Speak up! Hopefully, adults in charge of young vulnerable women who are training to represent their country will make sure the young women are never left in the presence of a man who can take advantage of his power. Hopefully, these adults will listen when the young women speak up, believe them and take action. We need to teach our children, if it doesn’t feel right, if something feels icky speak up and go to your parents, any adult who will listen and take action. Do not let some enabling adult be silent as a response or worse not believe you. Keep searching out an adult who will listen, believe you and take action.

Speak out! Part of the brainwashing of sexual predators is to threaten to harm you, your family or anyone 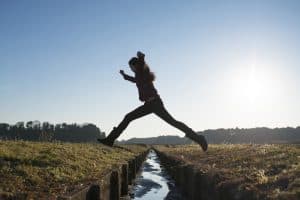 Ask for what you need! Obviously, coming from the Codependent/Women’s discourse of compliance, this is a new concept. We need to start with how do I feel about this and what do I need? Many people feel they need to be perfect to make requests-Not true!

We have just touched on a few tools for moving forward. These tools are simple but powerful. Once you practice with a friend to say “Stop/What are you doing?/Don’t do that!,” you will find all the messages coming up which have prevented you from saying “Stop.”

After you have done that for a while begin to practice making requests. Sit with a friend, in a group and ask for something e.g. a ride to market, can you get me a glass of water etc. Start with the easy requests. Your friend can say yes or no which should have no effect on your ability to continue to make requests. Keep doing the exercise until your body is modified to accept a yes, I can do that, or No I can’t do that.

These two powerful exercises can help you retrain your body to stop being groomed to be compliant and move into “No that doesn’t work for me.” And by the way here is what I need! The #MeToo movement teaches us we have the power to change the world as a group. Let’s join together and do it!