We typically say that an alcoholic, or food addict, or codependent, or what have you, is in recovery always. We can slip up – all it takes is picking up – because the urges and impulses and disease of “more” never leaves us.

But recovery itself means to return to a healthy state of mind, strength, or being, and that is something many of us have found.

We could say, of course, that someone has made a complete recovery from an injury. They broke their arm, it healed, they went to physical therapy again, and have full use of their arm. In fact, they’ve been able to still walk down the sidewalk, despite the fact that they tripped and fell on the sidewalk when they broke their arm in the first place.

However, that’s not the case with drug and alcohol addiction, though new studies and surveys and opinions about whether someone can safely drink again, or use marijuana but not drink, are multiplying by the day. It doesn’t negate any new findings to say that, for millions of people, we cannot go back to using any mind or mood altering substance casually in any form.

We Can’t Just Take it or Leave It… 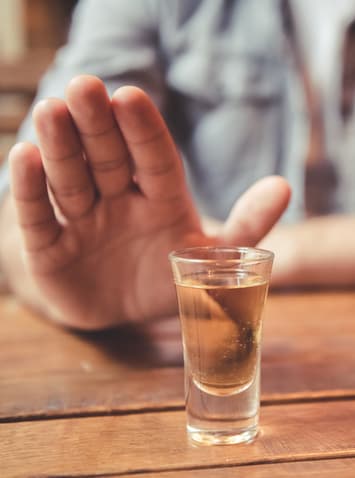 Our relationship will never be take it or leave it, and we know that deep down. It’s my unfortunate truth, and probably the way I’ve been able to avoid a relapse in the nearly seven years now since I first walked into a 12-step meeting, even though meetings have not been part of my program for a year.

I know because I tried, several times, even though I didn’t have many years of drinking and smoking weed behind me at 22, to have that “moderate” use experience. I tried to sip cocktails at parties. I went weeks without it. I didn’t buy weed for two weeks. But the thoughts still overtook me and the behavior, once I started with both the unpredictable and the moderation promise, was lost somewhere along the way. Not every time, but most times.

But I have changed so much as a person in the last seven years, and I have been able to do it without touching any alcohol or weed. Does that mean I’m recovered, or do I say that I am always a “recovering” alcoholic? Can I say I’m “recovered” from PTSD even though sometimes, I can still be triggered?

A study recently came out about using stem cells to reduce alcohol intake. But if alcoholism is a disease of the mind, and a specific personality type, what would that mean for someone who is living with alcoholism? What would it mean for someone who can have their brain altered so they can be a moderate drinker, but never have a chance to change those alcoholic behaviors and thoughts that tend to reduce our own quality of life and that of those around us – self-involved thinking, carrying around resentments from the past, entitlement in the present, fighting against the reality of what is and driving ourselves crazy about what we would like “what is” to “be” then is there really any advantage to drinking safely?

We drank – or let me say, I drank – because I felt things so strongly and intensely during the normal daylight hours that I needed a break. It’s why most people drink.

Despite years in therapy for PTSD and some other stuff, I was still running around in circles right in front of that finish line before I got sober. I reverted “backwards” when I was high or drunk. I still self-soothed through things I could have used my skills to get through. I didn’t learn the wealth of self-improvement and mindfulness techniques that the steps, which are heavily rooted in psychology and various therapeutic practices proven to work, and so I still suffered, more greatly than I had to.

Holding to My Own Truth 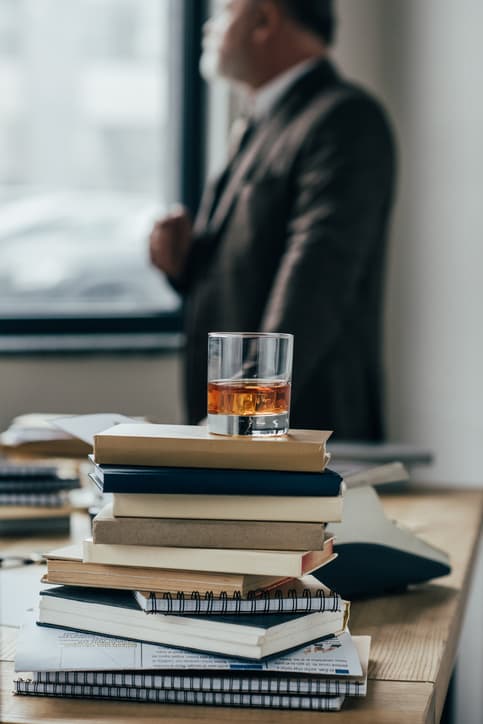 The ironic thing is this: as people like Mary Karr debate whether Anthony Bourdain met his fate because he smoked weed and occasionally drank, despite living with addiction and alcoholism, or when I get emails about how some doctor believes weed isn’t a gateway drug in, but a gateway drug out, I find myself having to more sturdily hang on to my own reserve: that is not my truth.

I am open to the idea that these things may be true for others, but one thing I learned in recovery is this: don’t compare. I cannot compare myself to others who may be smoking weed even if they don’t drink. I can’t compare myself to the people who still religiously go to several meetings a week despite having many years and be afraid that they’re judging me for not going.

I do check in with myself to make sure I have my head on straight – that I’m not allowing myself to get sucked into old patterns of thinking that ultimately lead me needing that escape from reality; that if I do somehow suddenly have the urge to drink, I pick up the phone or march to that safe place with the chairs all in a circle.

So whether or not I can say I am “recovered” or “in recovery” might be chalked up to semantics.

My biggest worry for people who simply take a pill to reduce their drinking is that they may never get the chance to get to this place…the place that removes the cause rather than the symptom.

In recovery, we’re improving, and, hopefully, we’ve made a commitment to improving always. We aren’t hurting ourselves or others, intentionally or as a casualty of our using. We don’t try to manipulate people or things to get our way. We try to give more than we take.

What is important, more than the label, is what we’re living.