Spearheaded by Oregon Recovers, the state will be the first in the nation to monitor recovery outcomes.

I spoke to Brent Canode and Mike Marshall, the founders of Oregon Recovers, and recovery scientist Robert D. Ashford, MSW,  who are responsible for a bold and progressive action that’s already prompting other states to follow suit. I hope you’re inspired by the conversation.

Liv: How did the discovery that Oregon ranked last in the provision of mental health services, and 50th in the delivery of substance use disorder (SUD) treatment services, compel you to act?

Brent: It was nothing short of a clarion call to action for those of us who’d been in the trenches of the early recovery advocacy movement in Oregon, but had yet to unite with our allies in treatment and healthcare under one common banner. What began as a conversation between Mike and me grew quickly to include treatment providers, the treatment and recovery workforce and allies across the healthcare landscape. Out of that evolving conversation Oregon Recovers was born, with the goal of ensuring that ALL Oregonians impacted by the disease of addiction have access to safe, effective and immediate recovery support.

At the heart of our emerging movement is the belief that addiction is a treatable disease, one that deserves a robust continuum of care, and the same level of urgency and attention as heart disease or any other chronic health condition.

Liv: What are the unique characteristics of drug use and rates of SUD in Oregon?

Brent: Mental Health America rated Oregon as one of the worst states in the nation in addressing mental health and addiction recovery. Oregon ranks 4th highest for rates of substance misuse, yet ranks 50th in access to addiction treatment services, according to 2017 figures from the Substance Abuse and Mental Health Services Administration’s (SAMHSA) National Household Survey on Drug Use and Health.

Despite the catastrophic personal, community, and statewide impacts of addiction, Oregon does not have a single-point of accountability within state government, and there are no people in recovery in decision-making roles at the state level. Oregon does not have a systematic plan for prevention or intervention, and individuals experience long wait times for treatment and poor aftercare and recovery support. Without a unified effort to expand and strengthen the recovery system, Oregon will continue to see increasing rates of addiction and interconnected issues, including homelessness, incarceration, child abuse/neglect, and poverty.

Liv: You’ve stated that the mission of Oregon Recovers is to transform Oregon’s fractured and incomplete addiction recovery system. What are the main deficits that you identified? 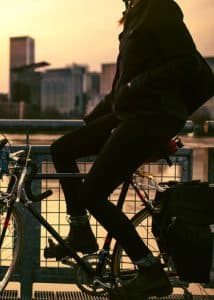 Mike: First, the absence of a statewide strategy with specific goals and outcomes. Oregon spends over $400 million annually on treating addiction but no one in state government can tell you specifically, what they are trying to accomplish with those funds.

Second, there is no uniform state prevention program. Some counties have unique programs targeting at risk populations, but they are not integrated with other prevention measures and no one is measuring the efficacy of those programs.

Third, in many counties – especially rural counties – there are long waits to just receive a medical assessment for a referral for treatment, long waits to enter a detox program, and long waits to secure a residential bed. Even intensive outpatient programs have substantive waits.

And lastly, actual recovery centers providing recovery support services post-treatment are rare in Oregon and are mostly located in Portland. We spend virtually all of a patient’s money on treatment and then throw them back into the world without the supportive services necessary for them to remain in recovery.

Liv: Local and national leaders met earlier this month to begin the process of formulating a comprehensive strategic planning initiative. What are the primary objectives of the plan?

Brent: The Alcohol & Drug Policy Commission (ADPC) just voted to adopt their framework for a strategic plan, and the version they ultimately approved is the one written and introduced by Oregon Recovers!

Our recommendations are rooted in the belief that Oregon’s strategic plan should be a series of objectives and outcomes that are measurable and data-driven. Specifically, Oregon Recovers believes the primary objective of the strategic plan should be to reduce Oregon’s significant addiction rate from 9.55% to 6.82% in five years and increase the number of Oregonians in recovery by 25% in five years.

To achieve those objectives, we have identified a series of prevention, intervention, treatment and recovery support outcomes which, if achieved, will accomplish these two primary objectives. The full document Oregon Recovers created is too dense to capture here, but it can be downloaded from our website.

Liv: Tell us about Governor Kate Brown’s involvement in this initiative?

Brent: When we formed Oregon Recovers and began reaching out to state’s with lower addiction rates than Oregon – like Massachusetts and Vermont – we heard the same thing over and over again: if your end goal is to transform your addiction and recovery support infrastructure you MUST have your Governor onboard and leading from the get-go. So, back in September of 2017, we approached Gov. Brown with the concept for an executive order around Oregon’s addiction crisis and she took the ball and ran with it. Since then, she’s taken a number of critical steps to get Oregon back on the right path.

Next, the Governor brought together every agency that has an intersection with addiction and directed them to enter into an understanding that calls for new levels of cross-agency collaboration to address Oregon’s addiction crisis.

The Governor also delivered a keynote address at Oregon Recovers’ first lobby day in February of 2018, declaring herself the “Recovery Governor” and pledging to advocates from across the state that she would be an active partner in helping create the “Recovery State” in Oregon. Around this time, she also started to shift the language she used when talking publicly about addiction. Like many states, Oregon’s efforts to curb addiction have focused disproportionally on the opioid epidemic, often at the expense of the larger issue of alcohol, and in Oregon’s case, methamphetamine.

Up until Oregon Recovers came on the scene, Gov. Brown’s public remarks on addiction, like most other public officials, were tied directly to opioids in some way. Now, the Governor talks with intention about Oregon’s ADDICTION problem, which includes alcohol, still the number one substance offender in terms of lives lost each year. This may seem like a small and insignificant change but getting the Governor to expand her concept of our addiction crisis beyond the immediate issue of opioids has been one of our greatest accomplishments as an advocacy organization.

Liv: Robert, you have played an integral role in this initiative by advising how Oregon can use research to intentionally measure statewide recovery rates. What measures will be used? And how might that information shape recovery outcomes in Oregon? 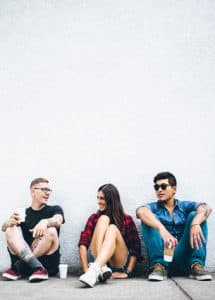 Robert: The measures being employed here in Oregon are derived from the largest national recovery prevalence study done to date in the US. Dr. John Kelly and his team at the Recovery Research Institute recently finished the National Recovery Study, and while that study encompassed quite a lot of measures, we are particularly focused on three for the work in Oregon.

The first is to inquire if a person previously had a problem with drugs or alcohol, but no longer does. The second is if that person personally holds an identity as an individual in recovery. And the third measure is asking people to select from an array of recovery supports – treatment, medication, mutual-aid, recovery coaching, etc. – that they use to help them in their recovery journey.

This type of information doesn’t just help shape recovery outcomes in Oregon, but it allows advocates and state officials to have a more complete picture when pressing for policy and funding priorities to change.

For too long we have only had regular access to addiction rates, treatment capacity and access, and overdose death rates. If we are making decisions from that type of data, then we really aren’t making choices for future policy based on what works to support and promote recovery – only to reduce mortality and increase treatment engagement. None of those goals are bad, but they are incomplete. Our hope for Oregon is that with this more complete picture they can strive to decrease addiction rates and mortality rates, but also increase rates of recovery in meaningful and efficacious ways.

Liv: How will this information impact the provision of services in Oregon?

Brent: Most importantly, the information collected in this new survey will give us a baseline recovery rate for Oregon, which we can use to measure progress against. Our hope is that the survey will become a more comprehensive, stand-alone instrument by 2020, that can better inform policy and decisions around recovery support services in Oregon.

Liv: Oregon is the first state in the nation to measure recovery rates. How might your progressive move impact other states?

Brent: Oregon has a long, rich history of leading the nation in healthcare related policy endeavors, and this is yet another example of that. Our hope is that by collecting this information and making it readily available, both the data and the methodology used to collect it, more states will follow Oregon’s lead and begin to shift their focus from the problem of addiction to the solution of recovery.

Since 1971, SAMHSA has tracked the rates of substance use disorder in all 50 states and the District of Columbia. While the survey it uses is invaluable for measuring tobacco, alcohol, and drug use, as well as mental health and other health-related issues, it has never included questions related to the most positive outcome of having a substance use disorder – recovery from it.

Beginning to measure recovery prevalence and giving it the same if not greater emphasis that we place on addiction rates and overdose deaths will help state authorities, policy makers, treatment providers, and recovery community organizations have a better understanding of what is working (including large-scale investments in statewide addiction treatment systems via funds from the Comprehensive Addiction and Recovery Act and 21st Century Cures Act), what is not, and how individuals can better be served through the provision of recovery support services.