There are some subjects that teens don’t like to talk about with their parents, like drugs, yet it’s a conversation that needs to occur. Time and time again, research has shown that strong parent-teen relationships reduce the likelihood of future alcohol and drug use. 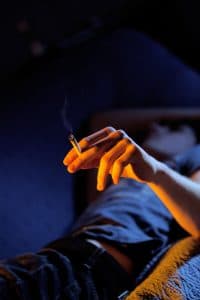 third increase from the previous year. Vaping is a serious trend sweeping our nation and our youth are very intrigued and susceptible to this dangerous fad.

Regardless of the substance, drug use can cause serious and potentially detrimental long-term effects on adolescent behavior and brain development. A national survey conducted by the Substance Abuse and Mental Health Services Administration found that although many teens report using drugs occasionally, about 8 percent of them ages 12 and older meet the criteria for a substance use disorder. Furthermore, drug use at an early age is also a key predictor of adult substance use. Something to consider: The majority of people who have a substance use disorder report using before the age of 18. This information is a clear indicator that we still have our work cut out for us.

5 Tips for Talking to Teens

There’s no way around it, the conversation about drugs needs to begin at home. Below are 5 ways to initiate a two-way conversation without it backfiring:

1: Do set clear expectations/Don’t wait until it’s too late

If you’re a parent here’s some food for thought: A study with teens indicated that those who reported their parents had not given them strong messages against drug use were 20 percent more likely to use than teens whose parents clearly communicated their disapproval. This information is just another indicator that your kids do listen to you. So, go ahead and state your expectations about drug use. No doubt about it, healthy parent-child communication is one of the strongest deterrents of future drug use. And when it comes to drugs, prevention is way better than intervention.

2: Do speak the truth/Don’t use scare tactics

Honesty is the best policy. In the past, we have used a lot of scare tactics with kids, such as an egg frying in a pan representing the effects of your brain on drugs, or mock DUI crashes. However, research has repeatedly shown that these fear tactics are ineffective and may backfire. Teens want clear, specific information minus all the scary bells and whistles. Your kids wants you to speak openly and honestly with them. They want accurate information as well as reputable resources to refer to in case they want to do their own research. In today’s era, if teens don’t get the information from you they’ll seek it out for themselves. As you well know, a lot of information on the internet is not reliable and often takes a slanted and skewed approach on the topic. Bottom line – we need to prepare our kids for the real world, not scare them.

3: Do have a two-way conversation/Don’t lecture

Recall that dreadful parent lecture? We all can probably pull up a memory of a parent lecture. A time when we felt like we were trapped in a episode of Peanuts, “Wah, Wah”. Times haven’t changed. If you’re lecturing, odds are your kids have tuned you out. And don’t fool yourself if you ask them to repeat what you said because in most cases, they’ve stored just enough information to pass the test. Don’t turn your home into a classroom. If you truly want to communicate with your teen, you must have a two-way conversation and listen to their side. As the saying goes “seek to understand and then to be understood.” 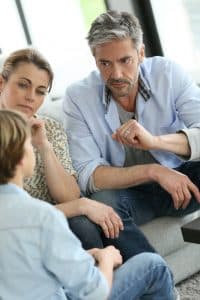 The research is clear drug addiction has been linked to family history and genetics. According to the National Association for Children of Alcoholics, 43 percent of Americans have been exposed to alcoholism in the family; and there are 18 million children of alcoholics (COAs) in the United States. Based on this data, a large number of Americans are adversely impacted by the adverse effects of alcohol and that’s not taking into consideration other illicit drugs such as opioids. Teens need to have a clear understanding that their genetic history does have an effect on them. Far too often there is a taboo associated with familial substance use history, but in truth, having a conversation about addiction should be no different from having a conversation about other chronic illnesses, such as diabetes or heart disease. Teens need to know their family risk factors.

5: Do be a parent/Don’t be your child’s best friend

Throughout your child’s life you have adapted to his/her ever-changing needs. When adolescence approaches your kid may act like an adult and seem mature enough to handle more complex information, but don’t be fooled. During this pivotal time, many parents make the mistake of becoming their kid’s friend, and they share too much information with them about their own lives. Teens are not equip to handle adult stress. Be careful not to blur the lines between having a good parent-child relationship and becoming your teen’s BFF. What your kid needs most is to have a parent. A parent who provides safety, security, guidance and holds them accountable for their actions.

Parents often underestimate that they have a positive influence on their teen’s choices, and that includes drug use. Being open to tackling tough subjects, setting clear expectations and modeling responsible behaviors all play an important role in developing a healthy parent-child relationship. When it comes to drugs, believe it or not, your child is listening. It’s never too soon to start a two-way conversation about drugs. The conversations you have today can and do have a positive impact on your child’s future.