It all started, in my mind, with a question: are relapse rates actually higher in summer?

Some studies have loosely linked the two, and many recovery and rehabilitation centers report that their busiest months are July and December/January. The latter makes sense, with people coming out of the tail-end of chaotic holiday celebrations and New Year’s Eves gone wrong…but July?

Something about that felt off to me. Couldn’t it be argued that, even if alcohol is more “present” in outdoor settings and get togethers during warmer months, it’s everywhere and potentially ever-tempting all year long? It’s there at Broadway shows, in fitness classes, at parties, in restaurants, at bridal showers and birthdays and sports games and any other reason people get together in, say, March or September.

Plenty of people travel to warmer climates year-round, so the “vacation” theory doesn’t hold up with me.

If there really is more “outdoor” temptation looming over us during the summer – i.e., more people drinking outside – what does that mean for people in recovery who live in ‘warmer’ states like Florida, or California all year long?

Does the Season Matter? 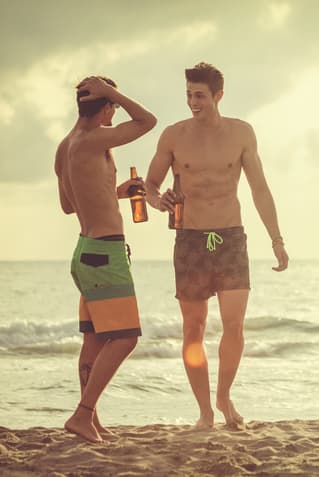 Many people in the recovery community believe that, if a relapse is going to happen for someone, it’s going to happen no matter what, due to an underlying issue – that means it’s gonna happen whether ‘everyone else’ is drinking or not.

If you’re heading for a relapse, the drink or the drug is going to find its way into you whether you’re inhaling the aroma of barbecued burgers or snacking on leftover Halloween candy.

What exactly is it about summer, then? Why would the rates spike higher in July than March or April during spring break, or peak travel times when people want to get away from the cold to go somewhere warm and tropical on vacation?

That’s why I decided to ask people who have actually relapsed during the summer what exactly happened.

Turns out that in the same way that Seasonal Affective Disorder, causes people to feel depressed and lethargic due less exposure to sunlight and colder weather, hot temperatures can make people crabby, irritable, and may tip them over the edge if they were considering going “back out” or struggling to stay sober – that theory checks out, as data shows a correlation between spikes in crime rates and violence and a rise in outdoor temperature. 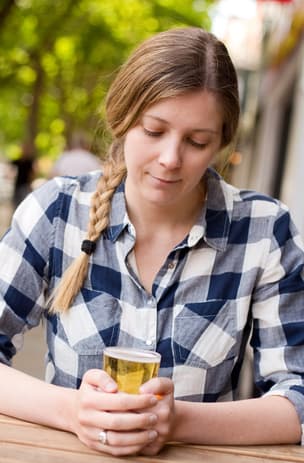 A couple of people in the rooms have said that summertime, along with vacation times, gave them this feeling that the same “life rules” don’t apply. One woman called it “a vacation from life,” while someone else told me that they’ve encountered people who only drink when they travel because it “doesn’t count.” Yikes.

When it comes to high temperatures, Mark from Ohio comments, “The heat makes me feel a little out of it, I get woozy and kind of disconnected from people, everyone seems more carefree in summer and everything feels a little removed from reality.”

Lisa from San Diego said she doubts that anyone who is going to relapse is really ‘”thinking about the weather first,” however, she has personally seen more beer commercials air in the summertime, and, as a former beer drinker herself, a cold beer on a hot day is “extra-tempting.”

Claire from Philadelphia said she’s personally tempted to drink more in the summer because she is indeed more easily angered in hot weather.

“I find it super uncomfortable. These frequent, long bursts of irritation coupled with the constant visual reminder of ‘happy’ people drinking outside and that I could easily relieve my feelings with a cool, refreshing alcoholic drink—which was never my reality anyway, but that’s the seductive dream—is very difficult,” she said.

Here’s My Take on Relapse Rates and Summer

As someone who has not relapsed since she got sober almost seven years ago, I can attribute it to the fact that, whether I’m having a good day or a bad day, whether I’m at a wedding where alcohol is all but being poured directly into my mouth by waiters or sitting alone on the couch, abstaining from drinking alcohol or smoking weed is a constant I need in my life in order to keep the life I have.

What causes anyone to eventually seek relief? Feelings, thoughts, and experiences. The way we process the world around us and the people in it, the thoughts and emotions that cycle through us, are all influenced by any number of external factors. That’s why, ultimately, we can’t blame the summertime for anyone’s relapse. Our sobriety will always be an inside job.