Nationwide, teen substance use is declining.

The number of teens who report using an illicit substance other than marijuana is at a record low. According to the Center for Disease Control and Prevention’s most recently released Youth Risk Behavior Survey, which is conducted every other year with high school students across the nation, the percentage of high school students who reported using select illicit drugs (defined as cocaine, heroin, methamphetamines, inhalants, hallucinogens, or ecstasy) was down from 23 percent in 2007 to 14 percent in 2017. 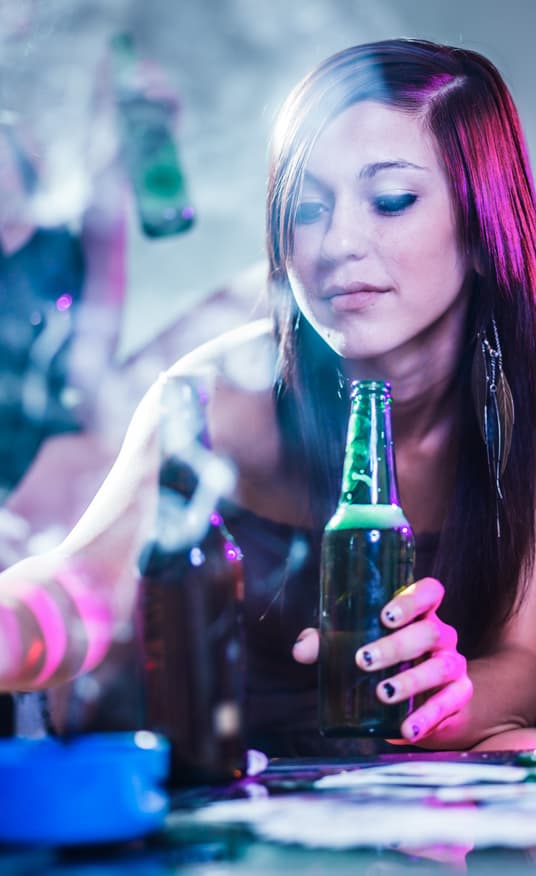 Although the data are painting a promising picture, we still have nearly 50 percent of teens report having misused drugs (prescription or illicit).

According to the 2017 YRBS, the prevalence of high school students reporting that they had used drugs 30 days prior to the survey were as follows:

Drug and alcohol use affects teens differently than adults. Many teens don’t realize the risk associated with drugs nor the long-term damage these substances can have on their bodies. Understanding current trends of drug use can help prevent young people from going down the long road of dependence and addiction.

Trends in Alcohol Use

In reference to sexual identity, heterosexual (29.7 percent) and gay, lesbian, and bisexual (37.4 percent) reported more current alcohol use than youth who reported being not sure of their sexual identity (21.5 percent).

It should be noted that alcohol is still the most commonly used drug among teens with 60.4 percent of students reporting having had at least one drink up to the time of the survey.

Consumption of alcohol use by grade level:

Trends in Marijuana Use

Across the nation, 35.6 percent of high school students reported ever using marijuana, with both females (35.9 percent) and males (35.2 percent) reporting similar use. Coincidentally, these numbers also held true for current marijuana use with 20 percent of males and 19.6 percent of females reporting use within the past 30 days of the survey.

Marijuana use by grade level:

Trends in Prescription Painkiller Use

The 2017 survey was the first to ask students questions pertaining to prescription painkillers. One in seven youth (14 percent) reported that they had used prescription pain medicine, such as codeine, Vicodin, OxyContin, hydrocodone, or Percocet, without a prescription or differently than indicated by a doctor. There was no difference observed between male and female use. Also of concern is the number of sexual minority youth who report using prescription painkillers with heterosexual (12.9 percent), lesbian, gay or bisexual (24.3 percent), and youth who reported being unsure of their sexual identity (17.7 percent).

Prescription painkiller use by grade level:

Trends in Illicit Drug Use

A trend in the right direction, the percentage of high school students reporting using select illicit drugs (defined as cocaine, heroin, methamphetamines, inhalants, hallucinogens, or ecstasy) dropped from 23 percent in 2007 to 14 percent in 2017. There was no significant difference detected between males (14.5 percent) and females (13.3 percent).

Youth who report being heterosexual (12.3 percent), was lower than those who identified as lesbian, gay or bisexual (23.1 percent) and those who were unsure of their sexual identity (26.8 percent).

Trends With Injected Drug Use

A small number of youth (1.5 percent) reported using a needle to inject drugs in the past year. This number represented a significant decrease from 2007 (2.0 percent). 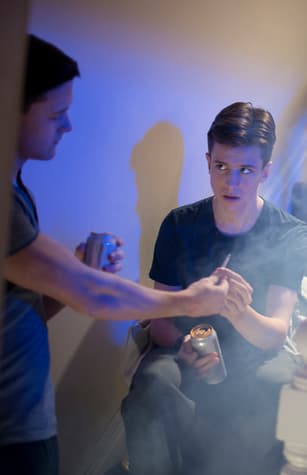 In general, the CDC’s YRBS showed that most high school students are continuing to make healthy decisions when it comes to drugs, but there are some areas, like marijuana use that need more attention. One of the key findings of the survey involves students who identify as gay, lesbian or bisexual and those who are unsure of their sexual identity reported using drugs that their heterosexual counterparts. This is a sign that we need to do more to help these youth feel supported and safe so they don’t feel the need to resort to using alcohol and drugs.

Overall, the YRBS paints a promising picture that as a nation we are making great strides in reaching our youth, but we aren’t out of the woods. Over half of the nation’s youth are still drinking, many teens are using marijuana and they don’t think it’s a big deal, and many teens are abusing prescription drugs. So, there is still a lot of work to be done.

Schools have an opportunity to reach millions of students each year with drug awareness programs, but it takes more than educators fighting the battle against drugs. It takes parents having real conversations, setting expectations and addressing drug use with their kids. And those conversations have to happen at home.