Windsong: A Story of Overcoming Trauma and Addiction

In the face of addiction and in the world of recovery, there is space for all   of us to become more compassionate human beings. I have found that for some, compassion needs to be applied outwardly, while for others an internal application is necessary. Either way compassion teaches us that we are more alike than we are different. We all know the flavors of suffering and pain, and most of us have experienced love in some form or another. These shared inner-landscapes are what connect us, and through being brave enough to share our story, we continue to weave the fabric of humanity together from a place of mutual understanding.

Overcoming addiction requires reflecting on oneself and looking inward at the places tucked in hiding. It requires that our story move from the background of our minds to the forefront of our heart. When we can meet ourselves with unconditional positive regard, we open the gates for healing. It is true that recovery is not going to necessarily be easy, just as life is not. Yet choosing to show up honestly and authentically, we have a foundation from which we can build a future. And when we add the element of vulnerability, a willingness to expose ourselves to others, we have a real chance at rising despite our past. 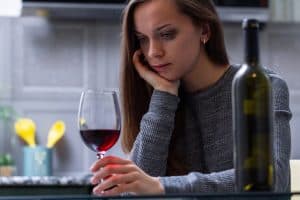 We all have a story that can offer hope, but rare is the individual who is willing to stand tall and speak the truth. Lucky for me, I happen to know such a woman. She goes by the name of Daisy Windsong. Her past experiences encompass sexual assault, rape, trauma, and the subsequent usage of substances to try and quiet the noise. To me, she is courage in a body. And our shared hope is that her journey will inspire at least one person to speak up and stop hiding. This is compassion in action. This is the ultimate way of being in service.

Windsong grew up in a home with a mother who was rarely around, so she regularly left in the hands of her alcoholic father. She suffered psychological and physical abuse, along with the pain of not being seen or respected as a beautiful child that deserved love and safety. She said that this upbringing geared her up for more abuse to come, as she had no safe home and was vulnerable to her surroundings.

Windsong was raped in high school, which was excruciatingly traumatic.  The effects of rape run far, wide, and deep, and this incident left her needing to leave her home town. Windsong was sent to a group home in Louisiana for women who had been misusing alcohol and drugs. She had only ever drank one time in her life at this point, which makes it clear that what she was really needing wasn’t substance abuse support at this exact time. That being said, in time Windsong did realize that she “had my father’s disease,” and shared that because of this, she no longer ingests alcohol of any sort.

Upon her return home, she crossed paths with the young man that raped her.  She had lost hope, her sense of self, and without a foreseeable way through the pain she attempted suicide. Like so many people who are in a state of despair, needing love and support more than anything else, she was sent to a psych ward instead of a safe haven.

It is not uncommon for someone who has been traumatized and left to find ways of survival on the emotional and physical realms, to be seeking a way out. Why wouldn’t they be? This very predicament is important to understand on a psychological level. For it is here that people start using in order to escape the pain and trauma of their own body. It is here that judgments can take place, from others and from the self, which is why I come back to the word compassion. It is through deeply connecting to and understanding the depth from which someone is experiencing life that we can come to see them for who they are. As warriors doing the absolute best they possibly can. And once someone can really connect to that within themselves, they enter a new level of healing and transformation; a space that offers forgiveness rather than condemnation. This space is often first found after laying the substances down, and finding a qualified individual that will help guide through the process of rehabilitating the mind and mending the heart. Every person on the planet deserves this. There are no exceptions. 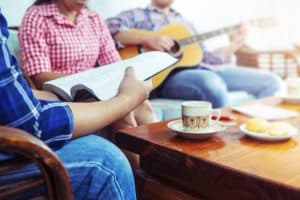 Through Windsong’s determination, resiliency, and courage, she found herself at a safe home for women who had been through the depth of trauma that she had endured.

It was here that she met her mentor, who asked her what made her come alive inside. Windsong told her that it was music. She was encouraged to continue to follow this passion and trust that it was leading her in the direction she was meant to be moving. Windsong told me that she prayed that night, stating “If this lady is for real, please bring me out of this somehow and help me use this story as a testimony to help other people like me.”  Within three years she was bringing music, meditation, and arts to homeless children in her community.

Windsong believes that her story is one that should be known because so many people do not make it out of the places she has been. She wants others to know that if they continue to seek what is right in their hearts, if they continue to follow the places where the light shines, it can serve as their compass.  She is an advocate for joy as sacred medicine. This is not to say that she thinks all can just be forgotten, or that it should be, but rather that there is a north star within everyone that will help them pull through. For her, it was her music.

Windsong is open about the fact that she has spent a significant amount of her life feeling dissociated from her body. This is the natural byproduct of enduring what no human being should ever have to face. I think this is a critical need in our conversation about recovery today. Recovery can ask people and even dialogue, to sit within two distinct worlds. These worlds are sober or not sober, which can also have the unconscious association of good or bad. It is important that we broaden the conversation so there is space for people to have a voice that are walking in a wide variety of scenarios because this is life. And in reality, this is the world recovery as well.

Windsong is courageous enough to look within at when she is trying to escape and where she can assert her power in service to continuing to heal her PTSD. Sometimes substance use is black and white. And other times, there is a curve 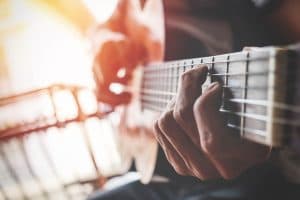 and grey area of self-discovery and growth taking place. This is not to be misunderstood for advocacy, excuses, or justification from someone who is trying to find a way to disregard their issue. Instead it is an honest look at how everything is evolving at all times, and that if we try to put things in boxes, more people will be stuck in them than finding their way to freedom. Nothing is good or bad, but instead they are either helpful or not helpful. The work lies in the ability to be radically honest and get support as needed.

Trauma is a topic that has become increasingly pervasive in American culture in both private and professional settings. It is now discussed more openly than in decades past. I believe this has to do with the evolving nature of our society, as well as mounting evidence for the importance of addressing it in service to helping people heal.  Some genres of trauma are still more taboo than others however, as shame seeks to preserve rather than liberate. Incidences of human trafficking, domestic violence, and sexual abuse, are less likely to be publicly addressed than other more “acceptable” traumas. This is an unfortunate reality as so much of the healing process is done through stepping out of hiding.  If you add an addiction or misuse of substances to the equation, there is even a lesser chance of speaking up.

I know there is nothing I could ever write that can take away the horrors that perhaps you, or someone you loved, has faced. But my hope is that by hearing one woman’s story something can open within you. Windsong is a testimony of the power of vulnerability, and the positive events that can unfold in its wake. She hopes that her story will elevate awareness and invite others to find their way.

If you want to learn more about WindSong you can visit her website here: windsongmovement.org. She uses her experience to bring hope through her non-profit The Windsong Movement. She brings her musical talents and sound healing gifts to those who have been through childhood trauma. 11% of all of her musical proceeds go towards providing resources for women and children survivors of human trafficking and domestic abuse in the Dallas Fort Worth area.