Drinking to excess doesn’t just affect the person doing it.  Just ask me, a convicted drunk driver. In 2009, I crashed into a car waiting at a stoplight after leaving a happy hour, causing serious injury to two of its passengers. My decision to get behind the wheel after having too many glasses of wine had far-reaching effects, not only for myself, but also for the innocent families I’d hurt.

The Secondhand Harms of Drinking…

Unfortunately, the people I’d injured weren’t the only ones to experience the harms of someone else’s drinking. According to a recent study in the Journal of Studies on Alcohol and Drugs, about one-fifth of adults in the United States have been negatively impacted by someone else’s behavior while drinking. More specifically, it found that an estimated 53 million adults in 2015 – or nearly 1 in 5 – said they’d experienced at least one harm attributable to someone else’s drinking in the past year. 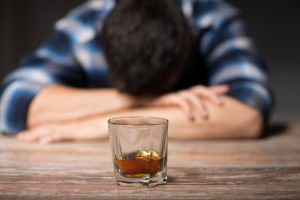 8,750 adults were interviewed as part of the study, with each being asked whether they had experienced any of 10 different types of harm in the past 12 months caused by “someone who had been drinking.” The types of harms included harassment, feeling threatened or afraid, having belongings ruined, having property vandalized, being pushed, hit or assaulted, being physically harmed, being in a traffic accident, being a passenger in a vehicle with a drunk driver, having family or marital problems, and having financial trouble. The researchers found that 21% of women and 23% of men in the study reported experiencing at least one of the above harms, with harassment being the most prevalent type.

The study also revealed interesting results from a gender perspective. For women, the most prevalent types of harm they experienced, besides harassment, were family and financial problems due to someone else’s drinking, as well as driving-related harms, such as being a passenger in a car crashed by a drunk driver. For men, however, the driving-related harms were the most common, followed by property damage and vandalism. Additionally, the data showed that women were more likely than men to report harm by someone they knew, such as a spouse, partner or family member. Men, on the other hand, were more likely to report harm because of a stranger’s drinking.

A Call for Further Research

The study had some limitations, however. One was that the data was self-reported, which has the tendency to lead to bias if the respondents weren’t answering the survey questions honestly. Secondly, the study was limited to a year’s timespan, which rules out those who’ve been harmed by someone else’s drinking at other times in their life. As a result, the researchers believed that the negative impacts of alcohol on people other than the drinker might be underestimated. As such, more research is needed to determine whether similar findings would emerge for other years, since the data was collected in 2014 and 2015.