Victims of the Opioid Crisis

As you probably know by now, we are in the midst of an opioid crisis.  Experts have estimated 10.3 million Americans aged 12 and older misused opioids last year, including 9.9 million prescription pain reliever abusers and 808,000 heroin users.  Additionally, the U.S. Department of Health & Human Services has reported that more than 130 people died every day from opioid-related drug overdoses in 2016 and 2017.

Unfortunately, my friend’s younger brother falls into these sobering statistics.  A star football player in college, he went on to be a successful engineer in his twenties and early thirties.   But as the years went on, his old football injuries kept nagging him, resulting in chronic pain he dealt with on a daily basis.  He turned to pain pills for relief, but soon began abusing them.  It wasn’t long until his addiction got so out of control that he couldn’t hold a job and would disappear for days at a time.   The last time his family lost contact with him they found him a week later, having overdosed on heroin.   No one – and I mean no one – ever thought something like this could happen to someone like him. 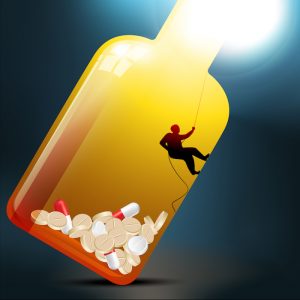 But my friend’s brother is not an exception.  Opioid addiction can happen to anyone, and many who wind up using are not your stereotypical addict often portrayed in the media.  They can be doctors, stay-at-home moms or even senior citizens.  What makes opioids so addictive is that they bind to receptors in the brain and spinal cord, disrupting pain signals.  They also activate reward areas of the brain by releasing the hormone dopamine, creating that addictive feeling of euphoria or a “high.”

Thankfully, however, our country has opened its eyes to this real epidemic affecting society and started taking action.  In 2016, the 21st Century Cures Act was passed, allocating $1 billion in opioid crisis grants to states in order to provide funding for expanded treatment and prevention programs.  The following year, the Opioid Fraud and Abuse Detection Unit within the Department of Justice was launched, which has aimed to prosecute individuals who commit opioid-related health care fraud.  Then, in 2018, President Trump signed opioid legislation into law, called the SUPPORT for Patients and Communities Act, which aimed at promoting research to find new, non-addictive pain management drugs.  The legislation also expanded access to treatment for substance use disorders for Medicaid patients.  Finally, national opiate litigation has been underway, with drug makers, such as Purdue Pharma, Teva Pharmaceuticals and McKesson Corporation, being held accountable for their role in the opioid crisis.