What Happens During a Blackout – and Why They Are Dangerous

If you’ve ever had to ask yourself “what happened last night?” after drinking or had to piece the night together with a limited memory, chances are you’ve experienced a blackout.  And trust me, it’s not a fun experience to have.

The Science of Blackouts

According to the National Institute on Alcohol Abuse and Alcoholism, blackouts are gaps in recall caused by impairments in memory consolidation while intoxicated.  They happen when a person drinks enough alcohol to prevent the hippocampus area in the brain from forming new memories.  As a result, a gap occurs in the brain’s record-keeping system, thereby leaving the person unable to recall all that transpired. 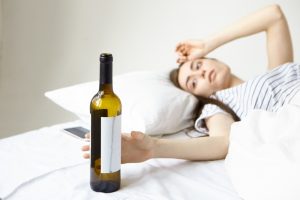 A blackout isn’t the same as passing out – quite different, actually.  When a person passes out, they lose consciousness in a state similar to being asleep, although they are not likely to respond to stimuli like being poked or spoken to.  When a person blacks out, on the other hand, they remain conscious and may continue to make decisions, hold conversations and even continue to drink.  Yet, they will not remember what happened.  This can be extremely dangerous, as the person could get behind the wheel and drive recklessly, have unwanted or unprotected sex, use drugs or perform other risky behaviors that could lead to permanent harm to themselves or others.

Generally, there are two forms of blackouts: partial/fragmentary and complete.  The most common form is the fragmentary blackout, which means that the person may not immediately remember what happened, but certain cues can trigger memories to return.  En bloc or complete blackouts, however, are more serious.  These occur when memory is totally disabled, feeling like entire chunks of time are erased or never even happened.  It’s often referred to as “time traveling,” because no matter how hard a person tries, they will never be able to recall these periods of time.  The memories were never formed, and thus, simply don’t exist.

While there is no specific type of person who will have a blackout, research indicates that one is more likely to occur when alcohol enters the bloodstream quickly, causing the blood alcohol concentration (BAC) to rise rapidly.  This could happen if someone drinks on an empty stomach or consumes an excessive amount of alcohol in a short period of time.  Factors, such as your weight and the type of alcohol consumed, also come into play.  Finally, women are more likely to have blackouts than men, due to their tendency to reach higher peak BAC levels with each drink.